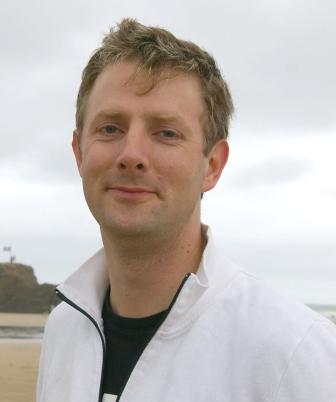 This is the first in a series of guest blogs for Business Cornwall coming from business people accross the county and covering a variety of subjects.

If you were to have been driving the highways and byways of Cornwall thirty years ago, the symbols of Cornish branding would have been few and far between. We are so used to seeing the black and white emblem of the Cornish flag used on packaging and signage these days, that to the modern marketer, the landscape west of the Tamar in the seventies would have been an alien experience. Where some companies may choose not to use the flag itself, many will use an engine house, the Cornish colours, or play upon the word Cornwall or Kernow itself.

We have evidently come a long way in brand awareness since those days when we sold ourselves on the bucket and spade family holidays. We now denote quality and a set of lifestyle values when we say ‘Cornwall’, ‘Cornish’ or ‘Kernow’. A recent Business Cornwall round table discussion of eight leading business people underlined the importance of working on this even further. They told us that the Cornish brand meant something powerful to not only visitors, but to locals too and was definitely good for business.

The chief executive of Cornwall Council, Kevin Lavery, frequently states how important ‘distinctiveness’ is for our future business. This is regularly backed up by Malcolm Bell of Visit Cornwall and council leader Alec Robertson. All these people have a strong vision of Cornwall not making money from being just another English county, but by enhancing those strong cultural identifiers that many now use to support Cornwall’s claim as a Celtic nation. Indeed, Alec Robertson stood up in front of the world media on several occasions, including the launch of high speed broadband, and announced himself as ‘the prime minister of a small Celtic country’.

These strong statements of ‘differentness’ set us apart from our neighbours and competitors, not on a small minded nationalistic level, but on the same level that one might expect when a company is selling its USP. A firm wants to show the marketplace what it does differently in a clear and recognisable way. In the same way, Cornwall only stands to gain by businesses developing this brand of culture and lifestyle. If the pasty had just been another piece of hot food on the shelves then I doubt that the British press (even global) would have raised a merry stink over ‘pasty tax’. It is because Cornwall is different that it raises an emotional response in people – and a marketing expert will readily tell you how important it is to engage with emotions before facts.

So, when it comes to thinking and talking about Cornwall, let us consider our commercial future when we use words that enhance the Cornish distinctiveness. Are we a county like Devon, or can we be that Duchy of distinctiveness? Are we selling British just as Surrey is, or are we selling Cornish with a Celtic history stretching back to pre-Roman times? Are we talking to clients about London-centric values, or are we creating an emotional attachment by helping people dream of Alec Robertson’s ‘small Celtic country’?

This post was contributed by Matthew Clarke of Kernowpods – Providing broadcast quality content for businesses and organisations.